Intercasino Mobile and Live Dealer Games Online casinos have been around for nearly 20 years. Intercasino live has been there 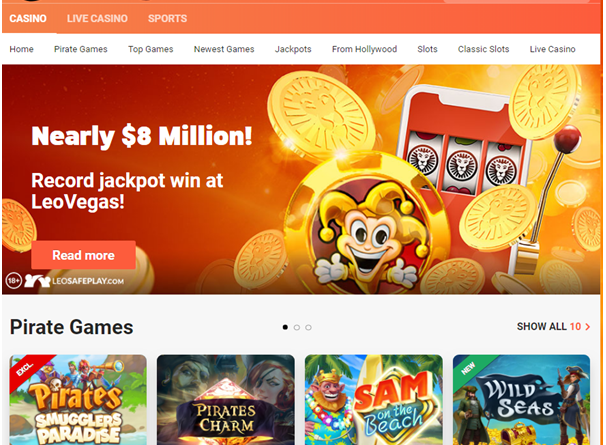 Cryptologic was founded by a couple of programming and marketing prodigies, Andrew and Mark Rivkin, in their family’s basement in 1995. Andrew Rivkin went on to found Fun Technologies, the biggest provider of online fantasy sports and casual games.  Over the year, Cryptologic then won a variety of top industry awards.

Cryptologic slots software is found in 104 total online casinos, including 89 sites which use English as a language and accept Canadian players. Casinos you’ll find powered by Cryptologic software include 888 Casino, 888 Games, William Hill, Betfair, Intercasino and many others. For those interested in such things, Cryptologic seems to specialize in online bingo software, as Glorious Bingo, Gossip Bingo, and numerous other bingo gaming sites are powered by Cryptologic. As you can see from the previous list, Cryptologic also supports a lot of online games sites.

Famous for their movie-themed you will some of the best slot games like Cleo Queen of Egypt, Emeralds Isle, Sushi Express and Dragon Sword which boast some of the highest RTP (Return To Player) percentages on the Cryptologic slots of games.

When playing their popular fruit machines you can play up to 9 paylines and have the chance to win up to 5000x the standard bet.  Their video slots menu includes games like Conan the Barbarian, Call of Duty 4, Dr. Love, Enchanted Beans, Ferris Bueller’s Day Off, Green Lantern Slots, King Kong Slots, Savannah Sunrise, Street Fighter IV, Sudoku Slots, Rickety Cricket, Treasure of Isis Slots and Wonder Woman Slots, Thunder Down Under, The Hamsteads, and Zone of the Zombies.

The people at Cryptologic must be comic book fans, because they also feature Marvel Comics slots such as Ghost Rider, Fantastic Four, Captain America, Hulk: Ultimate Revenge, Spider-Man: Revelations, Silver Surfer, Thor, The Punisher, Sub-Mariner, Wolverine, and X-Men Slots. These are all Marvel Comics properties, so anyone who loves superheroes and vigilantes should enjoy playing at a Cryptologic slots casino.

For those who don’t like comics, the Call of Duty 4 slots game offers tactical combat action from the game licenses which has sold 13 million copies.