In December 2017 Evolution Gaming launched a new live dealer poker table. Known as Texas Hold’em Bonus Poker this game table is now live at few online live casinos right now and soon will expand to other casinos for the gamers to enjoy live. This new live table game of Texas Hold’em Bonus Poker is similar to the Ultimate Texas Hold’em but there are few differences in the game. This Texas Hold’em bonus poker comes with a progressive jackpot; and the main game offers multiple raise opportunities as made evident by the Flop/Turn/River chip places, as opposed to a single opportunity afforded playing Ultimate Hold’em. As said above the game is quite similar to Ultimate Hold’em so  you need to beat the dealer by forming the best “5 card poker hand”, from the two cards he’s dealt and 5 community cards but with a progressive jackpot side bet already in place  and  the ability to increase your bet more than once during the game as the cards are dealt.

It’s basically a very simple game. The enjoyment comes from the betting options and the side bets that can be played. You can even win your side bets when your hands loses to the dealer. Depending on when you choose to make the play bet (which you’re only allowed to do once during the game),  it’s possible to make a raising bet of the initial ante bet  1, 2, 3 or 4 times.

In the version of Live Ultimate Texas Holdem at online live casinos which is played as a one to many game.  i.e only one player position is dealt that multiple players can bet on. With all the side bets its very easy to lose your chip stack quite quickly if you are not hitting any hands. So be prepared to lose. On the flip side when you hit a hand you can win big, so it works both ways

So in Texas Hold’em Bonus Poker: Note that the little yellow corners on the Player digital cards indicate the first cards dealt, which is where the optional Bonus side bet comes into play, The Bonus bet is based on the player’s and dealer’s initial cards, according to the pay table. There are fixed prizes for lesser hands as indicated in the pay table. You can collect on the side bet even if you choose to FOLD.

Table limits, payout and the RTP of 97.96% based on the Ante bet & 99.47% based on Total bet for perfect/optimal play. Also note that the Ante pays on winning hands with straight or better.

Whereas in Ultimate Hold’em you begin the game the player must place an Ante Bet and a Blind bet of equal value There’s an optional Trips side bet that has advanced odds on a variety of poker hands from three of a kind and up and is paid regardless of what the dealer gets. It’s very similar to the Pairs Plus side bet in. In the Initial Deal two cards are then dealt to the player face up and two to the dealer face down.

In the first betting round the player has two choices

In the second deal dealer  deals 3 of the 5 community cards (the Flop) and in second betting round if the player hasn’t made a play bet in the previous round he has the option to make a play bet of 2x the ante. But if he chooses not to then he can Check (do nothing) and wait for the next betting round.

If the player’s hand is less than the dealer’s hand the players loses and the Play, Ante and Blind bets are lost. If the hands are the same then the Ante, Blind and Play bets all push and are returned to the player

In the optional the Trips side bet is paid on the value of the players hand if it’s 3 of a kind or better. The dealers hand and the outcome of the game round has no bearing on whether this is paid or not.

Live Baccarat with a choice of Baccarat Squeeze games to enjoy 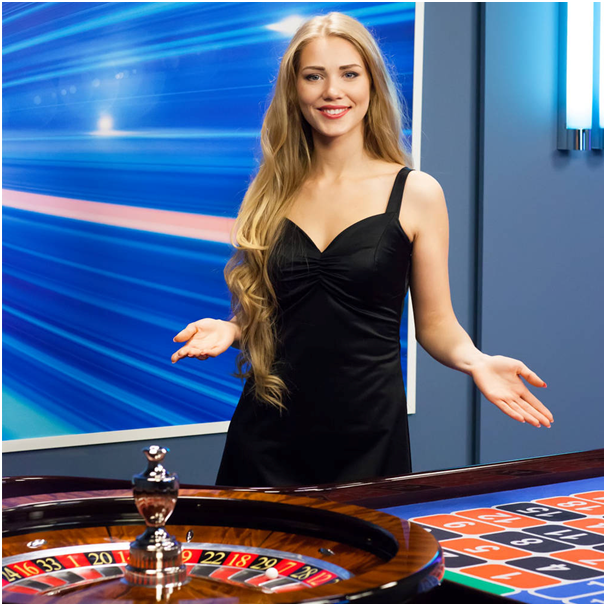 How to play Live Playtech European Roulette and win? 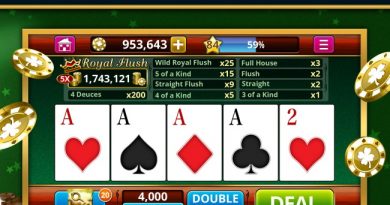 How and Where to Play Free Video Poker With No Cost